Despite America’s collective affinity for cat videos and trending celebrity gossip, the United States has historically lagged behind many other countries in the international community in terms of Internet connections speeds. Currently, the U.S. ranks just 20th worldwide for fixed broadband speeds. The country’s mobile rankings are even lower, at 42nd. This is due in large part to the sheer size of the United States. It’s a whole lot easier to connect a small nation like the U.K. to a robust broadband network than it is to connect all the sprawling communities in the American Midwest.

In spite of these logistical hurdles, a new study conducted by Ookla, proprietor of speedtest.net, found that Internet speeds in the U.S. have significantly improved in the past year. Fixed broadband speeds saw the greatest improvement, with an average increase of 40 percent since July of 2015. Meanwhile, mobile Internet speeds improved by more than 30 percent as well.

To begin with, consolidation within the U.S. telecom sectors has led to increased competition between the country’s biggest ISPs like Time Warner Cable, AT&T and Verizon. These carriers are all racing to provide the fastest possible download speeds in an effort to lure customers away from one another. This intense competition has contributed to a general increase in download speeds nationwide.

The study also cited growth in fiber-to-the-home (FTTH) connectivity as another contributing factor in the recent speed increase. For a long time, Verizon Fios was the only game in town in many areas. Now, more ISPs like XFINITY and Cox are competing in the FTTH market as well. In some cities, municipal broadband services are even able to provide FTTH now.

Bear in mind that these figures are national averages. 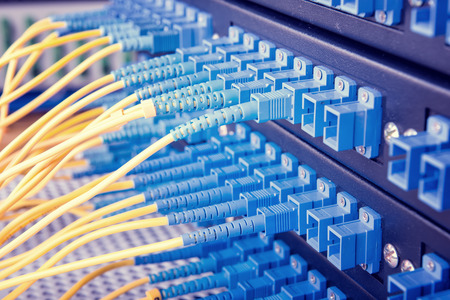 While America’s Internet speeds have grown considerably in the past year, much of this growth was centered in densely populated urban areas. Many communities in rural areas still lack access to reliable broadband connections. While the FCC estimates that just 10 percent of Americans lack access to 25 Mbps/ 3 Mbps service, they estimate that 39 percent of Americans in rural areas lack access to the same service. This disparity between connection speeds in different communities is known as a “digital divide.” Many industry analysts worry that if steps aren’t taken to bridge this gap, it could contribute to increased social and economic inequality in underserved rural areas.

Here at Connected Fiber, we’re doing our part to bring America up to speed by installing modern fiber optic infrastructure in communities throughout North Carolina. For nearly 20 years, we’ve been working with a variety of vendors to ensure the broadband service in our area is as fast and reliable as possible. Stay tuned for more updates from our blog, or give us a call today to learn more.