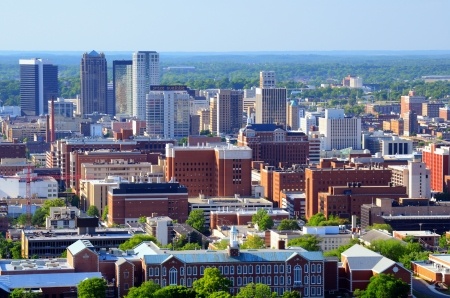 Tuscaloosa, Alabama is paving the way – both figuratively and literally – in city infrastructure. Mayor Walt Maddox has stated that city infrastructure is like a stool that community development rests on. Before the digital age, the four legs of that stool were roads, water, sewer, and storm drainage. The reallocation of digital and Wi-Fi services as an urban necessity has added a fifth leg to the infrastructure cities stand on: fiber optic cables.

Both Huntsville, Alabama and Birmingham, Alabama have been in discussion with Google Fiber since 2012 to become trial cities for their new cable lines. However, Tuscaloosa’s officials have the jump. They’ve already laid 44 miles of fiber-optic cables – with 30 miles of that total having been laid nearly a decade ago.

Joe Robinson, the city engineer for Tuscaloosa in 2000, was placing an intelligent traffic system throughout the city when he made the fairly radical decision to also lay down the initial 30 miles of cable.

However, even with a firm foundation that seems to be years ahead of other Alabama city broadband connections, Mayor Maddox reports that they are still years from full-service high-speed broadband connections that are completely city-funded. He has stated that the priority for these connections will be in public buildings like schools and libraries. Those lines should be finished in by 2019. He does warn that residential areas are, at the moment, still on their own for broadband.

No one quite knows exactly how the lines are going to be utilized outside of the private sector, only that they are becoming a necessity to give cities the competitive edge when drawing businesses that rely on internet into their local economies. Mayor Maddox put it well in saying, “We all want to see a day where it’s (fiber lines) publicly available, but none of us know how this will play out. We’re building the plane while we’re flying it.”

For more updates on fiber optic connections and to check out some of our products and services, contact Connected Fiber today!