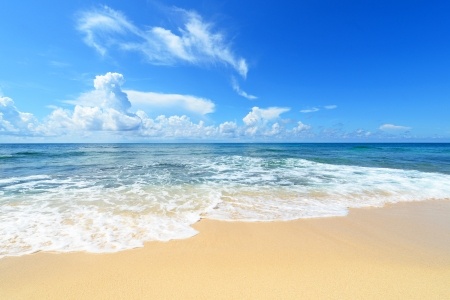 One of the world’s most massive Internet projects is about to be undertaken by Google, perhaps the world’s most innovative company involved in Internet-based services and products. Here at Connected Fiber, we find it encouraging that this project, which will connect cities on other side of the wide expanse of the Pacific Ocean, will primarily involve fiber optics technology.

As this article published by TIME reports, Google is partnering with five companies from East Asia in order to build an underwater fiber optics cable which will span 6,000 miles of ocean to connect two Japanese cities to a number of communities along the West Coast of the United States. Data transmitted through the fiber optics cable will travel at speeds approaching 60 terabytes per second.

According to one Google official interviewed for the above article, these data speeds are about 10 million times faster than the levels of data transmission speed, which can be processed by a typical cable modem. Once again, it’s easy to see the incredible power of fiber optics and the amazing speed of Internet connection that they can support.

Google has contributed to underwater fiber optics cable projects in the past, especially in Asian markets. In 2011, the corporation helped to complete an underwater cable project connecting Southeast Asia to Japan. However, this latest project, the longest planned underwater Internet cable that the world has yet seen, will have the largest capacity of any cable project completed in the Pacific region.

The total project should cost somewhere in the area of $300 million. That’s an incredible investment, but it’s a reflection of the value of connecting two areas of the world which very large numbers of Internet users call home.

As we watch major fiber optics projects get underway on the West Coast, Connected Fiber is ready and willing to take on projects in North Carolina and along the eastern coast of America. Whether you’re considering the installation of a new data transmission system, or you need emergency fiber optics repair and restoration, we’re the top selection for North Carolina and we will work with contractors across the nation.