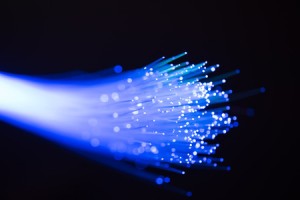 For the last several years, researchers in laboratories all over the world have been testing experimental equipment and innovative techniques that promise outrageous data transfer speeds. In 2011, for example, Japanese researchers managed to squeeze 100 terabits of data per second through a single optical fiber.

These breakthroughs always look great on paper, but they tend to fall apart in real-world testing conditions. Achieving 1Tbps transfer speeds in a laboratory is one thing, but doing it over long distances under normal network loads is another matter entirely. Now, thanks to a collaborative effort between Nokia Bell Labs, Deutsche Telekom and the Technical University of Munich, we may be one step closer to achieving terabit transfer speeds outside of the laboratory.

By developing a new transmission modulation technique, the project engineers have reportedly been able to maintain terabit transfer speeds in field tests which emulate a variety of realistic channel conditions and traffic levels. Their technique works by favoring network constellation points with lower amplitudes. These low amplitude constellation points are less susceptible to noise, and thereby allow transmissions to travel up to 30 percent further than they could with conventional transfer techniques. The team was also able to approach near theoretical peak transfer speeds using their new modulation technique.

Even with such promising field tests, there’s a good chance we won’t see transfer speeds like this for at least a few more years. With the Internet of Things gaining traction and telecom companies racing to upgrade to 5G mobile networks, however, 1Tbps fiber optic connections may one day be necessary to support the world’s unquenchable thirst for bandwidth.