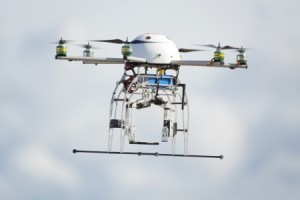 Internet access is no longer limited to PCs and smartphones. These days, everything from municipal transit buses to climate control systems to household appliances are being integrated into the Internet as well. This new influx of web-connected infrastructure is known collectively as the Internet of Things (IoT). Today, the IoT is in a similar phase of development as the Internet of the late 1990’s; it’s in our homes and businesses, but it hasn’t yet reached its full potential.

The IoT might still be in its infancy, but wireless carriers are already preparing to capitalize on this new frontier of the Internet.

Last week, AT&T announced that it would begin selling data plans designed specifically for product developers and businesses seeking IoT connectivity. These plans allow companies to buy data in bulk that can be used to connect up to 1,000 devices on the AT&T network. In the announcement, AT&T’s senior vice president Chris Penrose explained that the plans were developed to make the Internet of Things more accessible to startups so they can get their IoT-connected products to market faster.

Meanwhile, Verizon announced that it is partnering with Qualcomm Technologies, Inc. to “pre-integrate” the company’s proprietary ThingSpace IoT platform into Qualcomm’s LTE modems. With Verizon’s 4G LTE network baked into Qualcomm’s hardware, the company hopes to make it easier for businesses to adopt IoT products and services.

Verizon also recently revealed that it would begin working with drone manufacturers to connect their products to the company’s wireless network. Soon, drone owners will be able to purchase data plans that allow their drones to be controlled from miles away via an Internet connection. The plans will reportedly start at $25 a month for one gigabyte of data. The drones’ internet connectivity will also allow them to stream videos and other sensor data back to their operators in real time. According to Verizon, these drones could be used to safely inspect oil pipelines, farmland or wildfires from afar.

With two of the nation’s largest mobile providers investing heavily in the Internet of Things, you can bet that it won’t be too long before this new phase of Internet connectivity gains some serious traction in consumer markets.