The world’s biggest tech companies move a staggering amount of data across the Internet every day. Take Facebook, for example – a company whose 1.65 billion registered users are constantly chatting, uploading photos, and now even streaming live videos to people all across the globe. It takes some serious infrastructure to support that data, and until recently telecom companies were the sole proprietors of the transoceanic fiber optics that make it all possible. 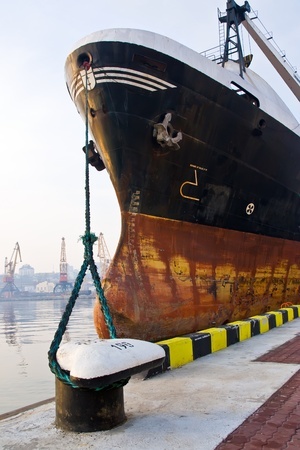 Now, however, companies like Google and Amazon are beginning to stake their own claims on the backbone of the Internet. Rather than leasing bandwidth from telecom companies, these industry giants are investing hundreds of millions of dollars to purchase and install their very own transatlantic fiber optic cables. It’s an expensive proposition, but one that’s like to have a big payoff in the long run.

Recently, Facebook and Microsoft announced that they’ll be teaming up to deploy a massive fiber optic cable that will stretch across more than 4,000 miles of ocean from Northern Virginia to Bilbao, Spain. The cable will provide the two companies with up to 160 terabits per second of bandwidth. That’s about 16 million times more bandwidth than the average Internet connection in your home.

In addition to providing Facebook and Microsoft with a whole lot of added bandwidth, the cable’s unique location will give them an added measure of security as well. Currently, the vast majority of transatlantic Internet cables are anchored between New York and Northern Europe. Laying a cable between Northern Virginia and Spain can help to ensure that if a cable from New York is compromised, Facebook and Microsoft will be able to ensure continuity of service to their international users. The cable’s close proximity to data centers in Virginia and North Carolina will also help to keep latency to a minimum.

Once the high speed link is complete it will be managed by Spanish Internet carrier Telefonica, but Microsoft and Facebook will retain complete control over their data traffic across the cable. It’s a bold move that other big tech companies are likely to emulate in the future as fiber infrastructure becomes more affordable and accessible.