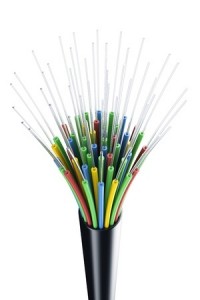 Back in 2011, Google made waves in the telecom industry when it first introduced its fiber optic internet service in Kansas City. Since then, the company has expanded its Google Fiber service into a few other relatively small test markets such as Austin, Texas and Provo, Utah. In spite of its ambitious mission, mainstream internet providers like Verizon and AT&T haven’t voiced much concern about Google Fiber – seeing it as an experiment rather than a viable business model. In light of two recent announcements from Google Fiber’s parent company Alphabet, however, it might be time for internet providers to start taking the service more seriously.

Stricker was employed at Google in the past before leaving in 2012 to become the head of Communications and Public Policy at Twitter. Now, he’s accepted a similar position with Google Fiber. The fact that Alphabet is establishing what amounts to a devoted PR department for Google Fiber suggests that they’re preparing to start actively competing with other internet providers. Stricker’s hire is a great sign for the future of Google Fiber, but it’s the company’s second announcement that’s really getting people excited.

Google Fiber Expected to Expand to Its First Major Markets

Last month, Google announced that it had plans to bring its fiber optic internet service to two of the country’s biggest cities: Chicago and Los Angeles. These aren’t modest test markets like Austin and Provo. These are the second and third most populous cities in the nation. This could very well represent Google Fiber’s first attempt to act as a disruptive force in the industry. Judging by their swift response to the announcement, AT&T sure seems to think so.

Competition is heating up in the consumer fiber optic internet market, and that means that this super-fast service might be coming to a market near you sooner rather than later.