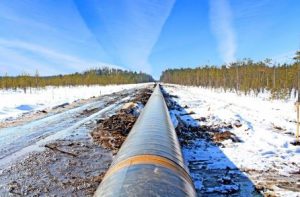 As you probably know, fiber optic cables are being used for all sorts of different things these days. The cables are primarily used to transmit data used for internet systems and cable television networks, but more and more companies are finding new ways to use them. Most recently, Enbridge Inc. and TransCanada Corp., which are considered to be two of the largest pipeline companies in the entire word, announced that they are going to begin using fiber optic cable to detect leaks and spills in their systems. It could change the way that pipeline companies do business moving forward.

While Enbridge Inc. and TransCanada Corp. aren’t quite sure how their pilot system using fiber optic cables is going to work out just yet, they are hopeful that the cables will be very beneficial to them. They play on installing fiber optics either inside of pipes or alongside of them and then using them to measure things like temperature and vibrations. That would, in theory, allow them to detect leaks when they occur, and it might even be able to detect construction work that is being done nearby, which would prevent contractors from accidentally coming into contact with pipelines.

For now, Enbridge Inc. and TransCanada Corp. are going to test fiber optics out in relatively small stretches of pipelines in Alberta, Canada. As they move forward, they are going to add them to pipelines in different parts of the continent. It could be a game-changer for both the pipeline industry and the fiber optic industry, and it could prove once again just how useful fiber optics can be.

At Connected Fiber, we are so excited to see the innovative ways some companies are using fiber optics. We have been big believers in fiber optics for two decades now, and we can offer a range of fiber optic services to you. Call us at 910-443-0532 today to learn more about these services.