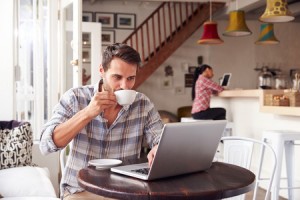 Yesterday, Google hosted a highly-anticipated event to reveal a new suite of hardware products including a smartphone and virtual reality headset. It remains to be seen whether Google’s hardware will be able to compete with the likes of Apple and Amazon, but rest assured the creator of the world’s most popular search engine has still got a few other tricks up its sleeve as well. Last month, Google made another announcement that didn’t get as much press coverage, but is potentially just as exciting for consumers.

These days, it’s pretty much a given that your local coffee shops and bookstores will have public Wi-Fi networks. Offering complimentary Internet access is a great way to bring customers in, and then get them to sit and stay a while. These networks are also handy for the customers, some of whom may not have Internet access at home. Unfortunately, however, public Wi-Fi networks aren’t always secure or reliable.

Google Station consists of a suite of tools designed to make it easier for companies to create and maintain reliable wireless networks. When companies sign up for the service, Google will also manage login credentials for them. This means that customers could use the same login info to access any Wi-Fi hotspots that are managed by Google Station.

Public Wi-Fi networks are already valuable resources, but a service like Google Station could make them much safer and easier to use. It would also free companies from having to manage and maintain their own Wi-Fi networks. Your favorite barista might make a mean latte, but chances are he’s a lousy network admin. Many small businesses would probably rather outsource this kind of work to a tech company like Google than try to handle it in-house. Advertising that your business has Google Station Wi-Fi could also provide customers with an added measure of confidence in your network.

Google has begun launching its unified network of Wi-Fi hotspots in railways stations across India, and they ultimately plan on expanding the service to other countries all over the world. If they can make the service affordable for small businesses and demonstrate its value to customers, it could become one of Google’s more successful (and profitable) business ventures.