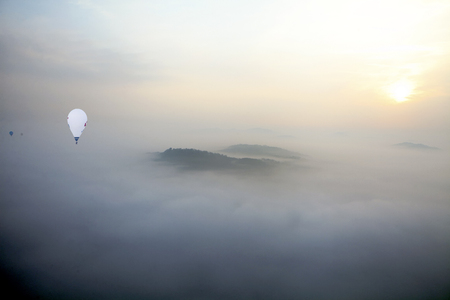 Google and its parent company Alphabet are well-known for their innovative “moonshot” projects, and in 2013 the company launched one such project that was ambitious even by Google standards. It’s called Project Loon, and it uses high-altitude balloons to bring Internet access to remote, unserved regions of the globe. The balloons are deployed into the stratosphere, where they can then send and receive data from ground stations with low-profile directional antennas. The balloons rely on the same LTE wireless communication standards that enable our smartphones to connect to the Internet.

When the project was first conceived, Google’s engineers thought they would need a massive, continuous network of balloons stationed all over the world to make the project work. This caused many industry analysts to question the long-term viability of Project Loon. But now, after four years of extensive high-altitude testing, Google has found a new, less resource-intensive way to accomplish the goals of Project Loon.

By studying the behavior of winds in the upper atmosphere, Project Loon engineers have been able to improve the altitude control systems and navigation algorithms in their balloons. Now that the balloons can be more precisely controlled, they don’t need to be connected in a continuous ring that circles the entire planet. Instead, they can be deployed in smaller clusters to specific regions that lack Internet access.

This development dramatically reduces the number of balloons that Project Loon needs to operate, and makes it easier to target areas that could benefit most from Internet service. The new technique was already tested in the airspace over Peru last year. By refining their methodology, the team at Project Loon is optimistic that they are now “years closer” to accomplishing their goal of bringing Internet to unserved areas with high-altitude balloons.