Connected Fiber’s home base is North Carolina, where summers are hot, the grass is green most of the year, and people are generally quite content. Contrast that with parts of Alaska, where the land can be quite cold and barren. People have to be tough and resilient to call certain parts of Alaska home. While there are cities like Fairbanks and Anchorage with modern amenities, there are also plenty of homes scattered among the wilderness, “off the grid,” far from what one might call modern civilization. Some people like the adventure of living out where their nearest neighbor is hundreds of miles away. However, humans can and do get lonely. Even people living near the top of the world in a cold climate like to have decent Internet access. 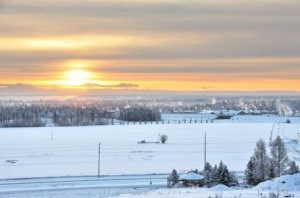 Thanks to fiber optics, the world is becoming a more connected place. A couple generations ago, people would wait weeks for a letter to arrive from their loved ones overseas. Today, thanks to fiber optics, computers and modern technology, in general, the “information superhighway” is truly global. A person in Alaska can access the Internet just like someone in North Carolina or elsewhere. Or can they?

If you’ve ever watched one of those Alaska shows on cable (of which there are plenty) then you’ve probably seen how “Northerners” check their email. In some small villages, they have some sort of dial-up type operation in the local community center where people take turns checking email and browsing the web. Satellites are often used to get signals and if the weather is particularly bad the Internet might be “down” for a couple hours… or days. Basically, internet service in remote areas can be spotty… or non-existent. In a world where people thrive on knowing what’s going on at all times thanks to their Facebook feeds and various Tweets, reliable Internet access is a must!

In the Lower 48 we often take for granted how easy it is to get a signal for our smartphones and tablets. Near the Arctic Circle, it can be difficult to do that.

Fiber Optics To Link London and Tokyo By of Alaska 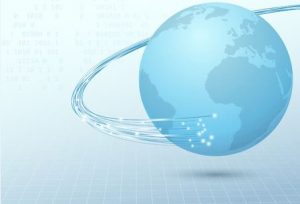 Here’s where it gets interesting. There’s an international fiber optic system being built that has been designed to link London and Tokyo by way of Alaska. Think of it like a pipeline, for fiber optics instead of oil or gas. Because the fiber optic system runs through Alaska that means that Alaskan citizens are one step closer toward enjoying broadband Internet access.

Officially known as the Quintillion Subsea Cable System, the high-tech fiber optic system being constructed means that high-speed broadband will now be made available in Alaska. Imagine this: there’s a 1,400 mile network that runs both underground and above ground in places like Prudhoe Bay, Nome, Fairbanks, Barrow, Port Hope and Kotzebue– Alaskan towns and villages. Of course, the system has been tested since it has to withstand the harsh weather conditions and seasonal changes associated with an Arctic climate. Eventually the three-phase Quintillion Subsea Cable System will connect Asia with Europe. This is a pretty impressive feat! 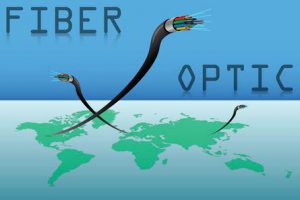 Why is the fiber optic system going through Alaska? Well, it comes down to distance and money. You see, running the cable by crossing the Arctic Circle happens to be the shortest distance route and most economically-sound way to make this project a reality. While there are other cables traversing the Atlantic and Pacific Oceans, for sure, those are big, wide oceans. Up at the top of the world, everything is more compact, and thanks to the loss of sea ice in recent years, now it’s possible to build cable routes “up there.”

This December is when the fiber optic system goes “live,” providing never-before-experienced Internet access at fast speeds for Alaskans and Canadians nearby. Thanks to fiber optics, the system has what execs call “an almost infinite amount of capacity.” Think of it as the superhighway for information at the top of the world. It’s good to know that even though Alaska is off the beaten path, it’s not the land that time forgot. Thanks to fiber optics, Alaska can compete on a level playing field with economies elsewhere.