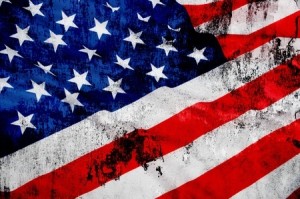 All across America, communities of all sizes are putting themselves on the technological map by supporting fiber optics infrastructures. It’s hard to overstate just how fast an entire town or city can connect to the Internet when data travels at the speed of light. We always love sharing stories about new fiber optics installation projects here on the Connected Fiber blog.

Recently, efforts have been made in Allentown, the third-most populous city in Pennsylvania, to build a 10-story fiber optics center in the city’s downtown section. According to this news report published by Lehigh Valley’s The Morning Call, the facility would house the operations for United Fiber and Data, a fiber optics corporation.

United Fiber and Data is building the fiber optics center as part of a larger project to build an alternate route for fiber optics that would connect New York and Maryland. First announced as an upcoming project in 2013, representatives from Allentown’s Think Loud Development reiterated that the office project will go forward during comments at the region’s recent Pennsylvania Presenters Spring Arts Conference in Bethlehem, PA.

Chad Taylor, a developer with Think Loud Development, was quoted as being very optimistic about the possibilities, which this project poses for Pennsylvania residents. The state’s current network connections are like “getting the Internet through a garden hose. We’re delivering the Colorado River through the state,” he said, as quoted in the above article. Some of our readers might remember Taylor as the lead guitarist of the multi-platinum rock group Live.

The speed of Internet connection is already incredibly fast compared to the dial-up standard of 20 years ago. Now, fiber optics is opening our world up to blazing fast data transmission speeds, and with more infrastructure projects like this, our entire country can look forward to a day where data transmission speeds are measured in gigabytes. At Connected Fiber, we’re interested in getting you the content you need quicker than anyone else gets.