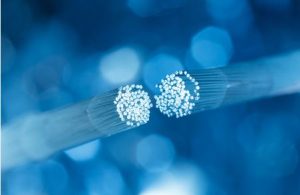 For example, the internal circuits of personal computers generate electromagnetic fields in the RF range. If there are sensitive wireless receivers nearby, a person may end up hearing RF noise in the receiver originating in the computer because they essentially don’t mesh well together. Similarly, say you live near a broadcast tower for a certain radio station. Since that tower is broadcasting a signal, it’s giving off a particularly strong electromagnetic field that can (and often does) interfere with people’s electronic devices in the nearby vicinity.

Electromagnetic interference can be problematic when you are a music band trying to sing and perform in front of a crowd but your PA system (and its coaxial cables) is, instead, picking up a buzz/noise/radio frequency that’s interrupting your own system. Or, what about the time when the electromagnetic interference is strong enough to interfere with medical devices at a clinic or hospital? That could be a life or death situation.

Oftentimes, electromagnetic interference can be minimized when there’s a good electrical ground system in place. It’s also good to use shielding to keep unwanted RF energy from entering or leaving components.

For many companies, they utilize networks and do not want any electromagnetic interference interrupting or disrupting their signals, especially when important data is involved. Thankfully, fiber optic cables are a modern day wonder that perform well in this way: because they transmit signals using pulses of light, the integrity of these signals is not affected by electrically “noisy” environments. Fiber optic cables work better than copper cables, so it’s no wonder that they’re the standard these days in business and communication systems.

Furthermore, fiber connections are preferred because they keep data isolated from increases in things such as ground potential, ground loops, and the aforementioned electromagnetic interference. Also, data cannot be read from the magnetic field around such a cable, which is a good thing, security-wise. Because fiber is free from “the spark hazard,” it’s quite safe and secure.

Because fiber transmits signals via light instead of current, it’s immune to electromagnetic interference and ultimately that’s a very good thing.