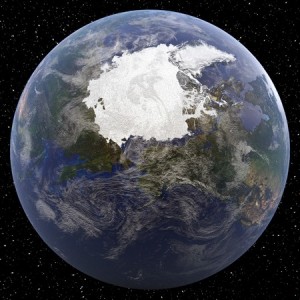 The Arctic Circle probably isn’t the first place that comes to mind when you think of centers of innovation, but it may be poised to play an important role in the future development of a globally-connected Internet. Thanks to its geographic location and cold climate, a number of IT companies have expressed interest in setting up data centers in the Arctic that would save energy and make it easier to connect to other parts of the world. In fact, Facebook already built an environmentally-friendly data center in the Arctic in 2013.

Tech consulting firm Gartner estimates that there were about 6.4 billion devices connected to the Internet in 2016. Some analysts have predicted that there could be as many as 50 billion devices on the Internet by 2020. With the Internet continuing to grow at this breakneck pace, it’s becoming extremely power hungry. Experts have raised concerns that if we’re not careful, the Internet’s growing power consumption could become prohibitively burdensome within the next 20 years. That’s why many IT companies are trying to save power by building massive data centers in some of the coldest places in the world, thereby reducing the amount of electricity it takes to keep them cool.

Not only is the Arctic especially cold, it’s also centrally located relative to the rest of the world. Likewise, the Arctic Ocean could act as a shortcut to connect North America, Europe and Asia with an intercontinental fiber optic network. According to High North News, an Arctic-based fiber network would increase the speed of communications between continents, providing a competitive advantage for stock traders and businesses participating in the digital economy. Building data centers and fiber networks in some of the northernmost points in the world could also benefit the remote communities of the Arctic, making it easier for them to access healthcare, education and business opportunities with the rest of the world.

The Arctic’s digital future will depend largely on the actions of Internet giants like Google, Amazon and Facebook. If these companies can find economically-viable ways to leverage the Arctic’s unique position at the center of the world, it could reshape the future of the region as an essential hub of the Internet.