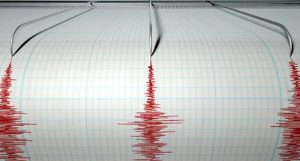 Fiber optic cables have become incredibly useful to both telecommunication companies and average Americans over the course of the last two decades. They are used to transmit a large amount of information every day, and people are able to stay connected through the use of the internet by utilizing fiber optic cables on a regular basis, even if they aren’t necessarily aware of the fact that they’re using them. Now, some researchers believe fiber optic cables could also play an important role in research, too. Specifically, there are teams of researchers in California who are using fiber optic cables to study earthquakes.

Many years ago, telecommunication companies started installing large amounts of fiber optic cables underground throughout the state of California, even though they didn’t use many of them at first. They were simply anticipating the growth of fiber optic networks. Moreover, while they did eventually end up using many of them years later, fiber optic technology advanced so quickly that many of those fiber optic cables are now sitting unused underground. It’s giving the Lawrence Berkeley National Lab and other labs in California the opportunity to use them to study earthquakes that take place in the state.

Traditionally, researchers have used seismographs to measure the vibrations that take place deep underground during earthquakes, and they still rely on them in many areas. However, they have also found ways to use “dark” fiber optic cables to study earthquakes. They are able to study the way light moves through these cables during an earthquake to generate data, and this has proven to be extremely helpful to them because there are many cables located in areas where it would be too difficult or expensive to install seismographs. For example, researchers are now able to track earthquakes underwater and in certain urban areas where they wouldn’t be able to install seismographs deep underground.

The thought is that, by studying earthquakes with fiber optic cables, researchers might be able to better equip cities to handle the effects of earthquakes. They could potentially prepare cities by providing them with data on everything from the moisture levels of the soil located underground to the softness of the soil that could be affected by an earthquake. It could prove to be incredibly useful information, and it’s all because of the presence of fiber optics cables.

At Connected Fiber, we know just how useful fiber optic cables can be, and we strive to provide people with the fiber optic services they need to keep their fiber optic networks up and running. Call us at 910-443-0532 today to find out more about the services we offer.