Veteran cable internet providers like Time Warner and Comcast are working hard to keep up with the gigabit-per-second transfer speeds afforded by fiber optic internet services as Google Fiber and Verizon Fios. While Time Warner has been rolling out its upgraded “Maxx” service to customers in some parts of the country for the past several months, Comcast has been somewhat slower to provide its customers with incentives to stick around. 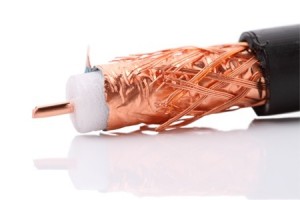 Now, the largest cable company in the world has announced that they have plans to unveil their own gigabit-per-second internet service in five U.S. cities this year. The most interesting thing about Comcast’s new service isn’t its speed, however; it’s the method of delivery. Comcast claims to be able to deliver fiber optic transfer speeds through traditional coaxial cables.

So how does it work?

According to Comcast, all it requires is a new modem. Comcast’s upgraded high-speed internet service will harness the power of the new DOCSIS 3.1 standard, which stands for Data Over Cable Service Interface Specification. Current modems typically operate on the DOCSIS 3.0 standard. DOCSIS 3.1 modems will purportedly provide a 40 percent speed increase to Comcast customers.

“With 3.1 technology, we define new types of channels that use more advanced encoding, different ways of transmitting signals, so that we can pack more data into the same amount of spectrum over coaxial cable, but also use bigger pieces of the coax spectrum,” said Matt Schmitt, VP of lab services at CableLabs in a statement.

The first city to receive access to Comcast’s upgraded internet service will be Atlanta, followed by Nashville, Atlanta, Chicago, Detroit and Miami. It’s interesting to note that Google has plans to provide its fiber optic service in all of these cities as well.

But Is Comcast’s service all it’s cracked up to be? 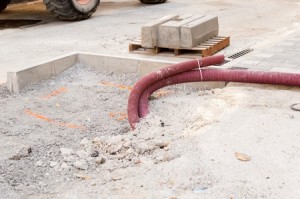 That remains to be seen. While a 40 percent speed increase is significant, it doesn’t necessarily translate into fiber-like speeds for all of Comcast’s customers. Rather, the only customers who are likely to approach gigabit-per-second transfer speeds are the ones who already pay for Comcast’s top tier internet service. Because this service doesn’t require additional fiber optic installation it will certainly be a more cost-effective option for Comcast, but it might not save its customers money in the long run. While the initial cost of fiber optic installation is expensive, it has the ability to provide customers with gigabit-per-second transfer speeds at a lower cost than many cable packages. Likewise, it looks like the folks at Comcast still have their work cut out for them if they want to woo customers away from fiber providers.