This month, Verizon and the city of Boston announced that they would work together in a $300 million partnership to replace Boston’s network of copper cable with a fiber optic network, bringing more and faster internet to the 650,000 residents of Boston and the surrounding area.

The public-private partnership is a bit of an experiment, as well. Verizon will be monitoring the progress of the project closely from start to finish to determine if this type of arrangement should be used in other cities across the nation. 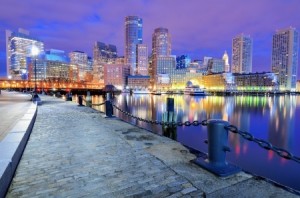 Expanding the broadband network capabilities by replacing the old cabling with fiber optic cable will greatly increase internet speeds and availability in the area. The main focus will be getting businesses, schools, hospitals and all private citizens connected to the new network, allowing them to enjoy faster and more reliable internet connections. But the partnership also gives Verizon a chance to be innovative with the new network.

The city and Verizon will test advanced traffic signal technology across the city to increase driver, pedestrian and biker safety, as well as implement sensors that will work to decrease traffic in heavy-volume areas. Applications such as environmental sensors that warn of abnormal environmental hazard levels and public lighting management could also be in the works throughout this six-year deal.

And, speaking of the future, Verizon has said that this network is strong and capable enough to build the basis for any future technology, such as 5G wireless.

Installation of the fiber optic network will begin later this year in the neighborhood of Roxbury, reports the Boston Business Journal, and will move on to Hyde Park and other parts of Jamaica Plain.

For more information about fiber optics, and to see a list of the services available from Connected Fiber, such as splicing, testing and documentation, emergency restoration services and fiber optics for the home, call us today at 910-443-0532.