Over the course of the past decade, Google has made a habit of trying to disrupt the business models of traditional carriers such as AT&T and Verizon. Their Google Fiber service, in particular, is tailor-made to provide stiff competition for big name ISPs. Now, AT&T is fighting back by expanding its GigaPower fiber optic service to 38 new cities.

This move will more than double AT&T’s current list of cities with GigaPower service. 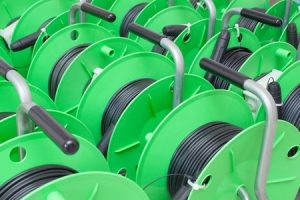 The new cities were carefully chosen, with a focus on areas that currently lack Google Fiber service. Because fiber installation requires a significant initial investment, communications companies put a great deal of thought into what areas their fiber services will serve next. Municipalities are typically chosen based on their potential to quickly recoup the cost of the installation for the provider.

Earlier this year, Google revealed plans to extend their fiber optic service to four more markets in Tennessee, North Carolina, and Georgia. Then, a few months later, they announced that Salt Lake City would receive Google Fiber as well. A number of other metropolitan areas including Portland, Oregon and Phoenix, Arizona remain in contention for Google Fiber service in the future.

In light of Google’s plans for expansion, it makes sense that AT&T would want to make an early play for additional markets as well. In fact, this is exactly the sort of strategic posturing that Google had hoped for when they first introduced Google Fiber. By adding more viable competition to the market, other carriers are now forced to improve their range and quality of service. Regardless of which carrier comes out on top, it’s the consumer who stands to benefit the most from the added fiber infrastructure.