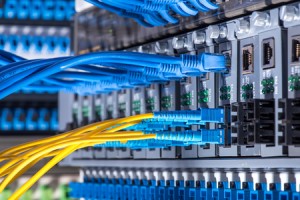 With Google halting further deployment of its fiber optic network and AT&T rolling out gigabit Internet connections in at least 5 new regions, America’s broadband market seems poised for a bit of a shakeup. Now, the nation’s fourth-largest cable operator has announced that it will be tossing its hat in the ring by bringing a blazing-fast fiber optic network to 20 states over the next five years.

Altice USA currently provides cable to 4.6 million customers throughout the US. But with cable TV subscriptions falling at an unprecedented rate, the Netherlands-based telecom company has decided to hedge its bets in the country’s burgeoning fiber optic Internet market.

“Across the globe Altice has invested heavily in building state-of-the-art fiber optic networks, and we are pleased to bring our expertise stateside to drive fiber deeper into our infrastructure for the benefit of our US Optimum and Suddenlink customers,” said Dexter Goei, Altice USA chairman and chief executive in a statement.

So just how “state-of-the-art” will Altice USA’s fiber optic network be?

Well, it could wind up being the one of the fastest networks in the country for years to come. Rather than topping out at 1-gigabit per second, Altice USA will reportedly offer transfer speeds as fast as 10-gigabits per second. 1 Gbps Internet connections might be pretty fast in 2016 terms, but Altice USA is building for the future. According to Goei, settling for a 1 gig connection seemed like “a waste of time.” With a network capable of achieving 10-Gbps speeds, Altice USA’s fiber service will be fast by any measure for the foreseeable future.

Altice USA will begin deploying its new fiber network in 2017.