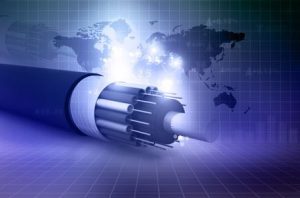 Fiber optics are used in a variety of ways to improve people’s lives. One such way is the recent development of a handheld fiber optic probe that’s used to diagnose cancer. Utilizing an ultrafast laser, this probe can perform multiple nonlinear imaging techniques without the need for tissue staining. In other words, it’s a cleaner, easier, more efficient way to check people’s tissues to reveal cancer and/or other diseases.

If this sounds like something from Star Trek, where a probe was used to scan a person for internal problems, that’s pretty much where technology is headed, with a big nod to those who work with fiber optics to “make it so.”

Instead of taking a bit of tissue from a person (with a biopsy) and then sending that tissue to a pathologist who stains it to look for cancer cells under a microscope, fiber optics makes it possible to literally diagnose cancer “on the spot.” This saves time, obviously. It also helps surgeons figure out cancerous versus healthy tissue during surgery.

The probe that checks for cancer is quite small– picture a ballpoint pen! Interestingly, the diameter of the handheld device, which is currently 8 millimeters in diameter, could probably be made even smaller in the future.

Essentially, the new probe functions like a mini microscope. It uses near-infrared lasers to allow doctors to get a true view of what’s going on inside people’s tissues. Because of fiber optics, the probe’s size is quite small compared to previous generations of devices meant to do similar things. Fiber allows for thousands of light guiding elements making an endoscopic approach easy.

Currently, this new probe is set to be tested on animals. Eventually it will be tested on patients in a clinical setting.

If you ever watched Star Trek and marveled at the idea of a doctor using some sort of handheld device to literally look underneath the skin and discover what’s going on, it looks like Star Trek was onto something decades before it actually came true in reality.